Plantar fasciitis literally means inflammation of the plantar fascia – a thin ligament that attaches to your toes on one end and heel on the other. However, even though your plantar fascia may appear to have pain and burning sensation, these symptoms might be coming from soreness in the muscles above this tissue that are responsible for the movements of your feet.

In this post, we’ll explore something we take for granted, our feet, until they begin hurting due to, usually unbeknownst to most of us, structural problems.

What is plantar fascia

Plantar fascia is a thin but very strong ligament that attaches from the toe bones all the way to the heel bone at the bottom of your feet. This elastic tissue holds the arches of our feet in place much like how the bottom stones in a stone bridge are affixed to the ground to prevent it from collapsing.

This arch and fascia together create a bow-and-string effect contributing much to the human ability to walk and run on two feet. 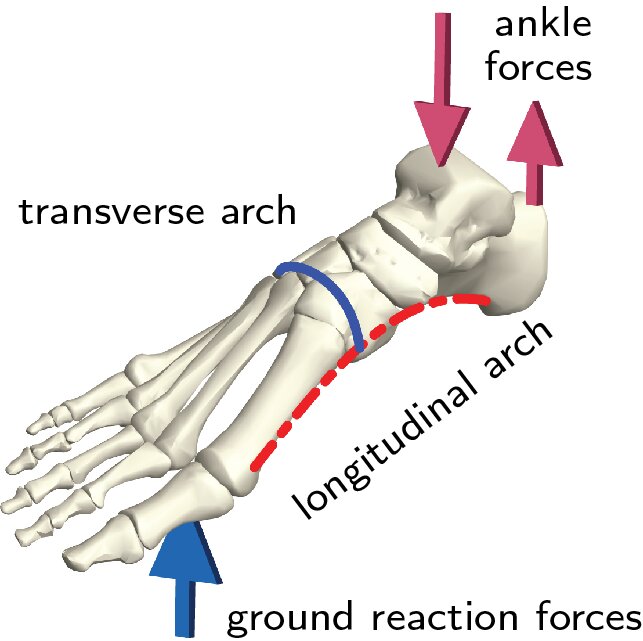 The below video shows the two important foot motions while running – pronation and supination.

So, although arch supports may help relieve your foot pain, now you may have a low-back pain or something else depending on how much and to what angles they shift your body’s leverage. Some people love their arch supports but others hate them because of the new problems they often cause.

The root cause of almost all foot pain, except for that caused by direct injury, actually lies in structural issues. The abnormalities in your skelature that develop over time due to previous injuries can lead to a collapse in your body’s posture.

Posture is not about how you hold your body but rather how the body holds you. A slouched posture indicates forward vertebrae that need to be corrected to regain proper function of your skeletal framework which is to give dependable structure to your body. 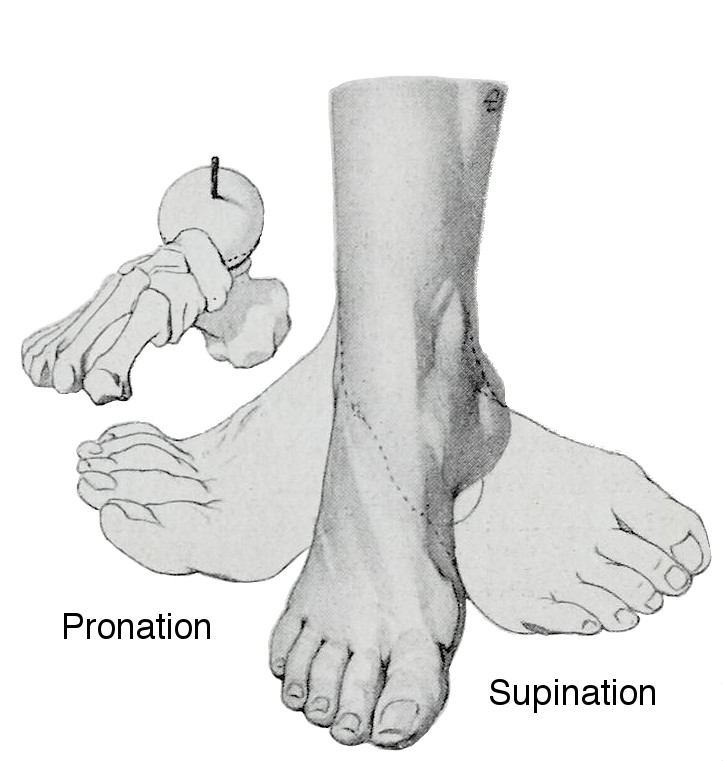 The vertebrae that are stuck forward can causes a twist in the hip bones that further apply a torque along the length of the leg. That causes your foot to be stuck in either pronation or supination. What that means is that your foot muscles have to work overtime to hold a stuck position that they were designed to assume momentarily for fluid foot movements. The result is pain in these foot muscles.

A video is worth a million words. Watch the short presentation below in which Dr. Jeff Aberle, an ABC™ practitioner from Wisconsin, uses an animation to explain how underlying structural abnormalities can cause hip, knee, ankle, and foot pain.

How ABC™ can help

It naturally follows that as these vertebral anteriors are corrected and the spine regains its alignment, the corresponding forces that cause twisting and torsion cease to apply. The hip loosens up and quits applying torque to the knees and ankles. The foot lets go of the stuck pronation or supination, the muscles relax, and the pain goes away.

What’s more is that this type of result can be achieved in a relatively short period of time. Watch a short video below of a client with bad knees, for example, who felt so much better that he decided to cancel his knee surgery after just 4 sessions.

Note: What is not available here is the video of how his gait was when he first came into the office. However, if you can imagine him being five times worse than he looks in the first video, that’d be a fairly accurate depiction.

We use cookies to ensure that we give you the best experience on our website. If you continue to use this site we will assume that you are happy with it.