No drug can cure, no supplement can heal. Nature works by keeping all pieces of a system in equilibrium. That’s its magnificent design, Divine Design.

5.7 million people died in the US in 2017 and 2018 from the top 10 killers, according to Center for Disease Control (CDC). Each of the leading diseases is marked by an increased inflammation and systemic low-grade infection. It’s as though the very fabric that maintains a healthy organism is compromised. And the body loses its ability to nourish the affected organs to the point of a fatal malfunction. 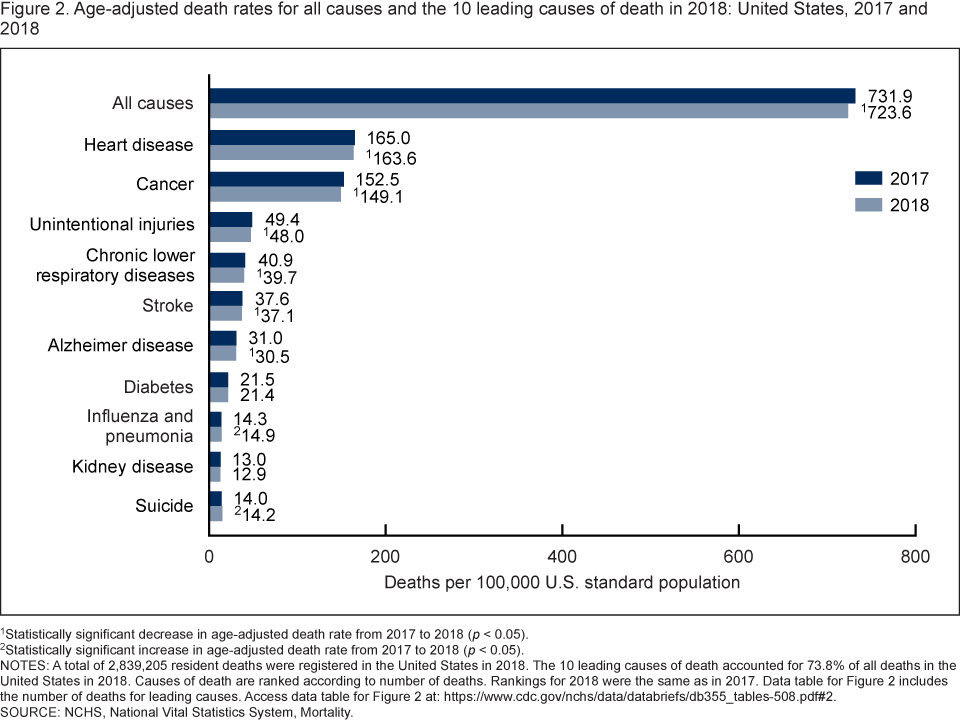 Role of germs in health

What causes an infection in the body? Germs? Short answer, NO! So, what are germs, anyway? They are part of Nature’s magnificent design.

What germ is bad? Have you heard of wheat germ? Is it bad? Germ simply means something with a potential to sprout, to germ-inate. All seeds have it, allowing them to come alive when the conditions are right. Likewise, in a human body, there are trillions of germs all the time. Thousands of species of bacteria, virii, and mold inhabit our body. We have evolved alongside them for millennia. Which species of these tribes are dominant depends on the body’s internal environment, or terrain.

When this terrain becomes corrupt, our tissues lose their integrity and break down. Cells degenerate and die, and they need to be cleaned up and purged from the body. Our wonderful human body is designed to handle that. We have trillions of workers at our service. The body’s design allows them to stay in limited numbers in return for free food from scavenging dead cells necessary to maintain a healthy body. 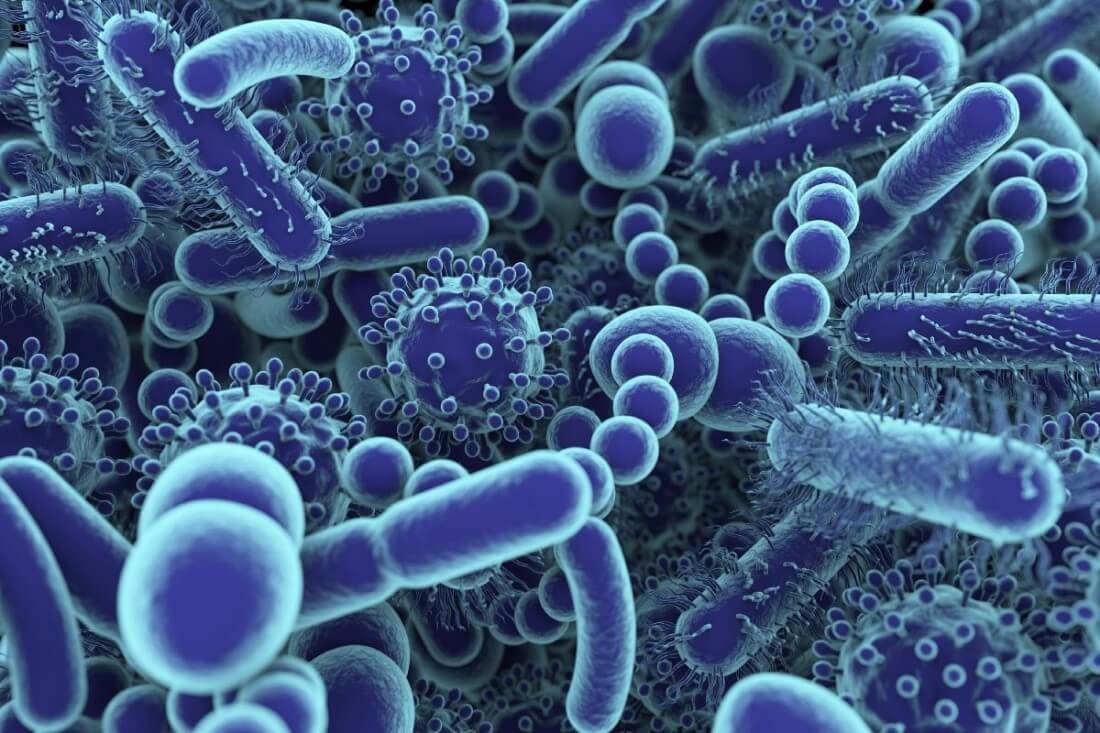 Cells get old and die and have to be replaced by newer cells to maintain the body in the general course of life. However, when too many cell deaths occur due to toxicity or deficiency, for example, this servant team is deployed to eat up the dead cells. The more the damage, the more personnel are needed.

The servants reproduce to create more so they can keep up. When the situation persists–toxic exposure continues and so does the death of body cells–the servants settle down and form colonies. Now the body is not only dealing with the external toxic exposure but also toxic wastes from these microbial colonies. That’s when we experience low-grade infections which, when unchecked for a very long time, lead to chronic illnesses.

Soil and the gut

These seemingly harmful germs are not hellbent on making your life miserable. They’re just doing what nature has put them in place to do. Refuse to feed them and they leave. It’s simple as that! What is their food? Most of what the body deems as toxins, foreign particles that can’t be utilized, and our own dead cells. Let’s take a broader look at our world.

We are over two-thirds water and so is the Earth. There is a striking resemblance between the soil and our internal ecosystem. If you look at a former strip mining site, you’ll find it teeming with all manners of plants also known as weeds. Like many things, our general disdain towards weeds has been developed culturally by the imagery of an impeccable lawn and garden belonging to the hypothetical Jones family.

However, the weeds tell us a tale of an imbalance of the nitrogen, the phosphorus, the potassium, and many other minerals that the land needs to restore if it were to do its job that nature had intended for it–grow diverse vegetation. The weeds appear, seemingly from nowhere, to recover this balance.

A similar phenomenon occurs in our bodies. When there is an excess of toxicity, the symbiotic species of microbes reduce in number while other, ‘less-friendly’ species like candida, overgrow. These parasitic species of bacteria and fungi feed on the toxins and your nutrients, and inundate your body with byproducts of their own metabolism.

An out-of-balance microbiome wreaks havoc in your body, giving you a variety of symptoms conventional lab-tests can’t explain. These symptoms could range from allergies, digestive upsets and hormonal imbalances to skin problems, reproductive and even psychological issues. When you hear, “it’s all in your head”, chances are you either have systemic toxicity or chronic deficiency and consequently, an upset micro-flora.

Since over eighty percent of your immune system depends on your microflora, an imbalance means is that you will be more prone to getting infectious diseases like various types of flu and other contagions.

Nature has no hierarchy, no polarity, no good or evil. Everything it produces has a place in the intricate web of existence. Like someone said, “God doesn’t make junk!” So, if you really want to be healer, know that you already are one.

You are designed to heal yourself. You can only heal yourself, no one else. Likewise, no one can heal you, only themselves. So, to think like a healer, you need to know your potential and limitation. You can inspire or guide others in creating an environment for their bodies to heal, but they must do the work.

You also need to think within a new paradigm. Hate can never heal, only love can. Love is truth, being true to yourself first, then everything in relation to you. Love is acceptance. You need to learn to accept all that is–the good, the bad, the ugly. Only then can you overcome dis-ease.

There once lived a great emperor of immense might. He had in his court nine courtiers, each adept in his field of expertise. One of them was known to be very wise and served as a personal advisor to the emperor.

His master would on occasions test the advisor, to ensure his wits were still sharp, to remain eligible as his personal counselor. One day, the emperor called him to solve his newest curiosity. He drew two lines on a piece of paper, one shorter than the other, then pointing at the shorter line, said, “Make this line longer without cutting or rubbing”. The advisor took a pen and starting at one end of the line drew it longer than the other.

To think like a healer means to reject any idea that promotes killing, cutting, fighting, starving, in fact, anti-anything. It means to embrace ideas that encourage life, nourishment, abundance, and acceptance. When you focus on nourishing what is supportive, the unwholesome would automatically reduce.

For the past couple hundred years, we have been slowly indoctrinated to reject dis-ease. Illness is uncomfortable, but is it because of flaws in the design of our existence? Or perhaps it has a place?

If left unchecked, an illness can become fatal, but only if initial warnings are ignored. The symptoms of a dis-ease signal threat which, when left unheeded, can become deadly illnesses. What else does one expect from Nature when one communicates disinterest in health by neglecting the signs?

Our indoctrination has led us to fear germs, the very source of all life. We’ve been taught to dread anything that can harbor them. What we really need to learn to avoid are unnatural substances–refined foods, synthetic flavors, colors, preservatives, and genetically engineered items sold as edible–all of which are toxic to the body.

We have been educated to reject our organs when they seem to stop cooperating. Cut off those tonsils, which are in fact a significant part of your lymphatic system. Remove the appendix and forever lose the emergency reserve for rebuilding your gut-flora after an onslaught of a depleting illness. Take that gall-bladder off since we don’t know how to clear the calcium deposits it’s filled with, at the cost of limiting your ability to digest foods for the rest of your life. Take those breasts off to avoid risk of genetically influenced breast-cancer. With this approach and mindset, you’d be lucky to have enough body remaining to live!

We are warned to expect not just disobedience but sabotage from the very systems that are designed to immune us from foreign threats. We are given immunosuppressants to “protect us” from our own body which, we are told, can become a threat in “autoimmune” disorders.

To be a healer means to avoid the ideology that promotes rejecting your natural state. To put love above everything–love for self, love for the body, every bit of it, and treat it with respect and dignity it deserves. When you do so, and consider your environment as an extension of your body, all illnesses become explicable. From whereon, you can trace your steps back to true healing.

We use cookies to ensure that we give you the best experience on our website. If you continue to use this site we will assume that you are happy with it.